What is Simulated Distillation GC Analysis?

Simulated distillation GC analysis applies a gas chromatograph with a nonpolar column to the boiling-point distribution analysis of petroleum fractions, such as kerosene, diesel oil, and heavy oil. As each component elutes from the column in boiling-point order, the retention time – boiling point curve can be created by analyzing a mixture of hydrocarbons with known boiling points. As shown in Fig. 2, dividing the total area of an unknown sample’s chromatogram into equal time intervals and calculating the area of each time interval allows the proportion of elution volume (%) in each time interval to be calculated as the time interval area value divided by the total area. The elution volume (%) in each boiling point range can be determined from the retention time – boiling point curve and used to obtain the relationship between the elution volume (%) and boiling point, that is, to create the distillation characteristics curve as shown in Fig. 3.
The method above is known as the "total area method," as it applies when all components in the entire sample elute from the column. The internal standard method, which involves adding an internal standard substance, and the external standard method, which compares the analysis results with an external standard sample, are used for the analysis of crude oil and other samples that contain components that do not elute. 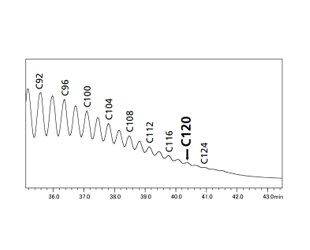 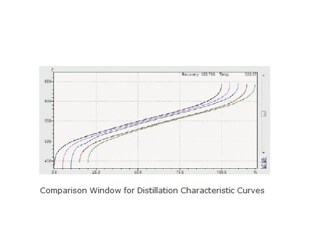 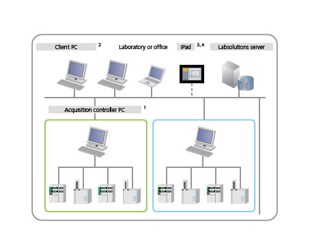