It is known that a difference in culture media additives has an impact on the culture results. In the example below, various types of Dulbecco’s modified Eagle medium (DMEM) were analyzed by LC-MS/MS. The following table shows the differences in the DMEM culture media compositions noted in the product catalog.

The results of the analysis match the content noted in the product catalog. When culture media and other raw materials are received, confirming the existence of the components that they should contain is important for stable substance production. Furthermore, creating calibration curves using standard products makes it possible to also quantify the concentrations, so the C2MAP system can be applied to the quantitative analysis of culture media. 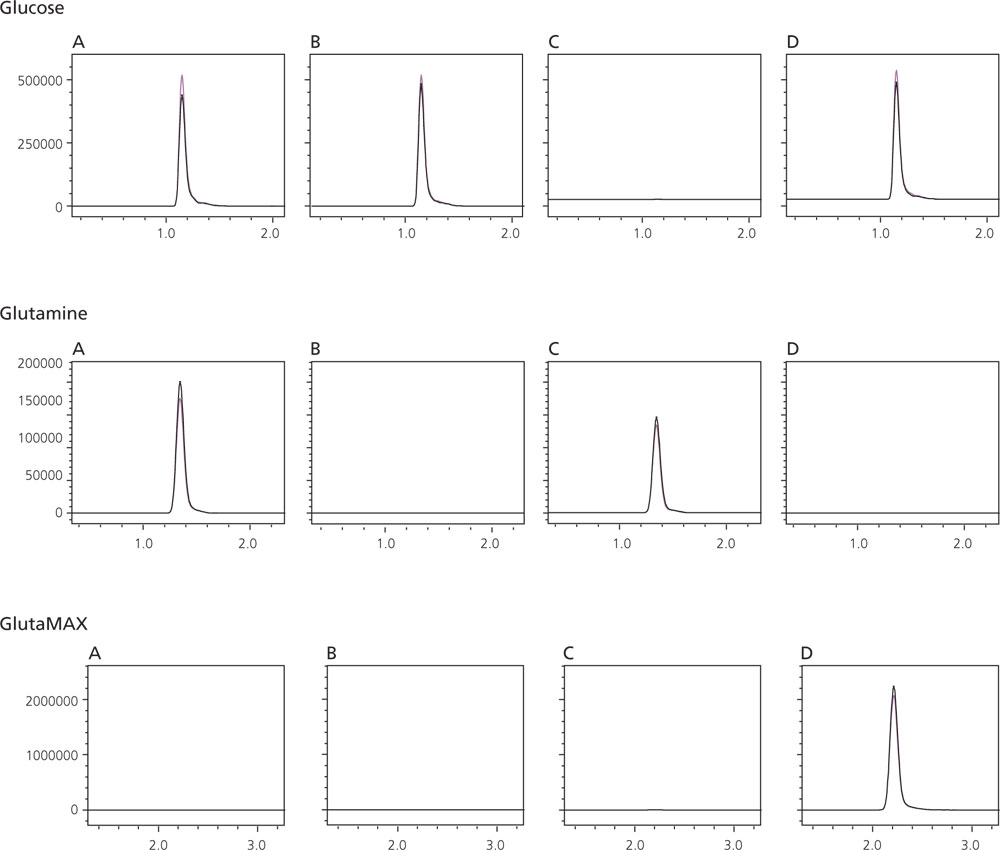